we have released a brand new version of Drag! And by brand new we refer to expansions and some changes that will certainly make your experience better. We will explain every problem in the text below:

This means that the game now has a new free and a new paid pack to play. The free one is a step up from Just 3 Commands while the paid one will be extremely hard to master. It is designed because some people told us they crave an insane challenge. Blame it on them.

2. New undo-button which now greatly differs from the reset button to avoid confusion

The old undo button got confused a lot with the reset button located in the upper right corner. People who wanted to go one step back accidentally resetted the whole level. To avoid this from continuing to happen, we changed the design, so these buttons are now easier to tell apart.

The old and the new Undo Button

3. We fixed a bug causing the cursor to get stuck when using the undo function

This was a wierd thing: Somehow the cursor which is showing the currently selected command got stuck when the players were using a reset (where it needed to travel back) and then immediately performed a command. We fixed this by increasing the speed of the cursor and if even this fails, it simply snaps to the icon, instead of doing nothing.

4. We fixed some localization issues

Thanks to a few of our players, the German and English localizations got a few minor corrections, so we now don’t teach our players spelling mistakes or bad grammar. Note: We do not advice to learn another language by using Drag. You can do some brain jogging with it, to improve your problem solving skills, but don’t take our commas for granted!

5. We fixed a bug where the game didn’t recognize a completed level when started from main menu

This was one of those rarely relevant things, you tend to overlook when developing a game. While it should have already been fixed in the past, turns out it wasn’t, but well… now it is fixed, so don’t bother. The problem was the following:

When you followed the following steps, you would end up in the same level you played already.

The steps you had to do

We simply changed some importing for the audio files so the app runs smoother and faster.

That’s all! We hope you enjoy the new levels and have some great fun with Drag and all the stuff we make.

Feel free to talk to us about our games or if you just want to share some good vibes, we will listen.

Don’t know where to get the update? Here’s your best bet: 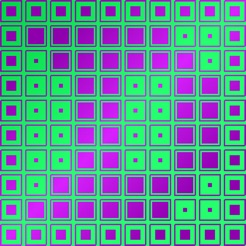 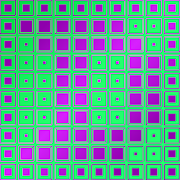